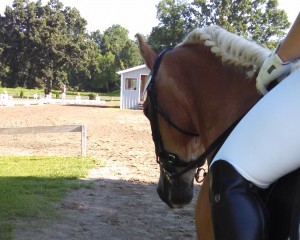 Despite still needing her medicine plate for some time, Callie was cleared a few weeks ago to return to work. She was as thrilled as Amy to be back in the arena, and it wasn’t long before they started practicing their dressage tests and looking at showbills. And so it happened that this season’s first show would be the same as last year’s – a schooling show at Woodbine Farms.

The weather held itself to the upper 80s, rather than the predicted 90s, and the storms held off too, making for a gorgeous summer show. Amy tried her hand at western dressage for the first time (Callie’s first time as well!), and walked away with a win in Intro Test 4. Back in familiar dressage tack, they also made the jump up to training level for the first time, and achieved two scores above 60s and some great comments.

AND Amy won a saddle pad from EQ Entries!

Congrats to Amy and Callie! This show season hasn’t turned out to be what they planned, but they sure are making up for lost time! 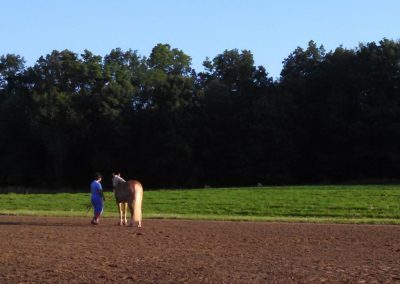 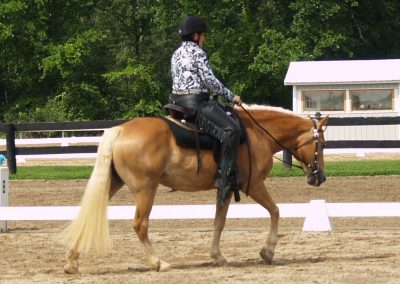 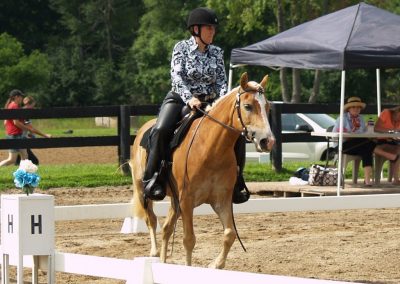 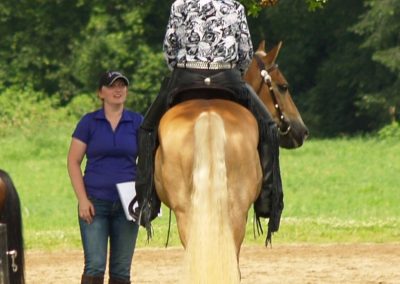