We’ve long wanted to upgrade to a gooseneck trailer, but fully understanding that a larger trailer meant a truck larger than a half ton, we hadn’t thought it would happen any time soon. Last fall, with the addition of Bling to our herd, we realized that if we wanted to take everybody to shows (and we did!), then perhaps we needed to consider enlarging our rig sooner rather than later. At the time, the decision was made to wait until spring when the trailer market would be moving more. Near the end of January we realized “spring” would be here before we knew it. Despite more than a few nerves about being without a trailer for a while, we knew that if we were going to be selling and then finding TWO new vehicles, we’d better get on it.

So, in the middle of February around piles of snow, we snapped a few pictures of the trailer to list it for sale, and after searching every dealer within 1000 miles for exactly what we wanted, placed an order for a truck. With bitter cold temps in the end of February, it was no surprise that nobody was trailer shopping. Still, as the days to show season kept ticking down, that didn’t stop some thoughts that things wouldn’t go as planned. As we entered Daylight Savings Time, however, interest finally started flowing! The first person who came to look at the trailer bought it, and we immediately scheduled a trip go look at a trailer we’d been eyeing as a replacement. With the help of a borrowed truck, we brought home our new trailer on Pi Day.

Shortly after that, we again thought our plans were derailed when we got word of a delay on the truck order. When it originally should have been ready near the end of March or beginning of April, it was now slated for the end of May or early June. With the old bumper pull trailer sold and the existing truck lacking a gooseneck hitch, this left us with no way to get to lessons or early schooling shows, and panic set back in. Thankfully, a few conversations later and perhaps a few strings pulled, and it looked like things might be back on track.

One week later and we had a VIN number. One week later still we had an official build date of March 31. Another week later and it had officially left the factory in Kentucky. And this morning, right on schedule, the truck arrived in Michigan.

There are a few things yet to be done on both truck and trailer, but just as the last of the snow has melted, we’re almost mobile again! 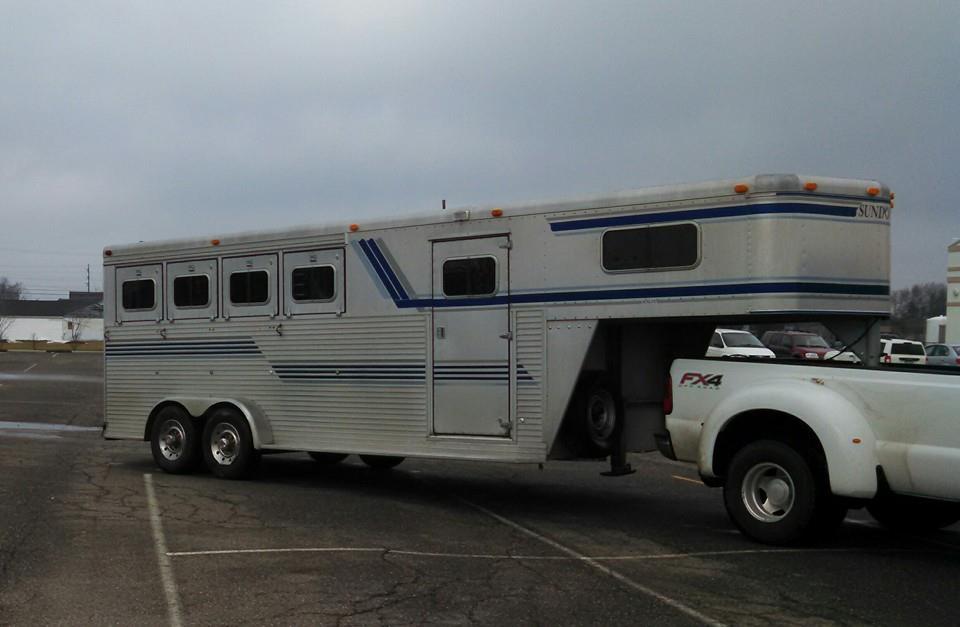 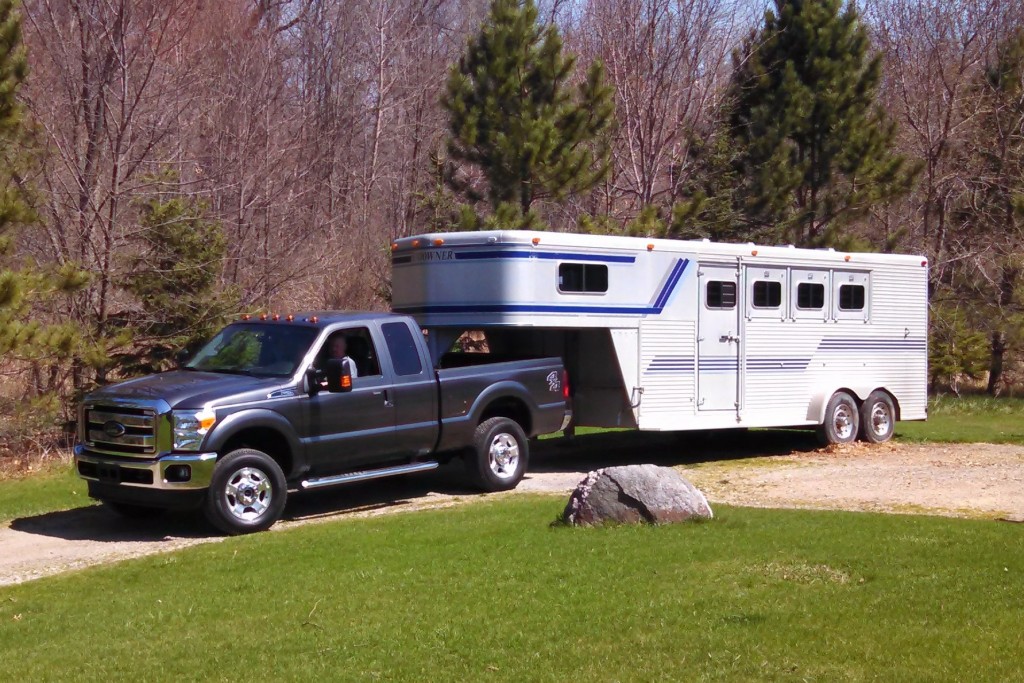